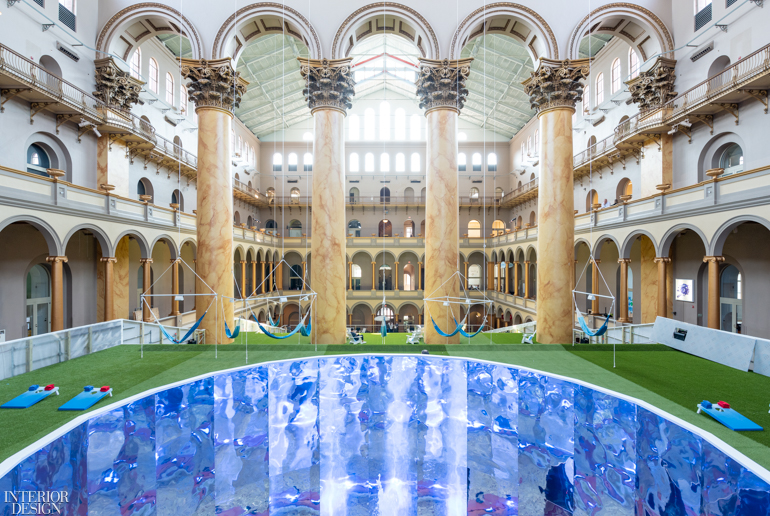 Around the same time that cranes were plopping military tanks onto the National Mall like stage props to commemorate Independence Day in Washington, D.C., a few blocks away at the National Building Museum, designer and Interior Design Hall of Fame member David Rockwell was offering a sneak peek of an even more iconic symbol of summer in America: a giant rolling lawn complete with croquet, hammocks, and fireflies.

Enter the Best of Year Awards by September 20

Designed by LAB at Rockwell Group, LAWN is the museum’s latest indoor Summer Block Party installation—opening July 4 and running through September 2—and perhaps its most ambitious, transforming almost the entire 3,054-square-foot Great Hall of the landmark Renaissance Revival building into a gently sloping green hillock carpeted with soft, vacuumable SynLawn turf. At the crest of the hill, a “cloud” scaffold rises into the upper reaches of the vast space, where guests can “levitate,” Rockwell says, and get an up-close view of the lavishly carved leaves on the capitals of the 75-foot-high Corinthian columns, or “trees” as he thinks of them. 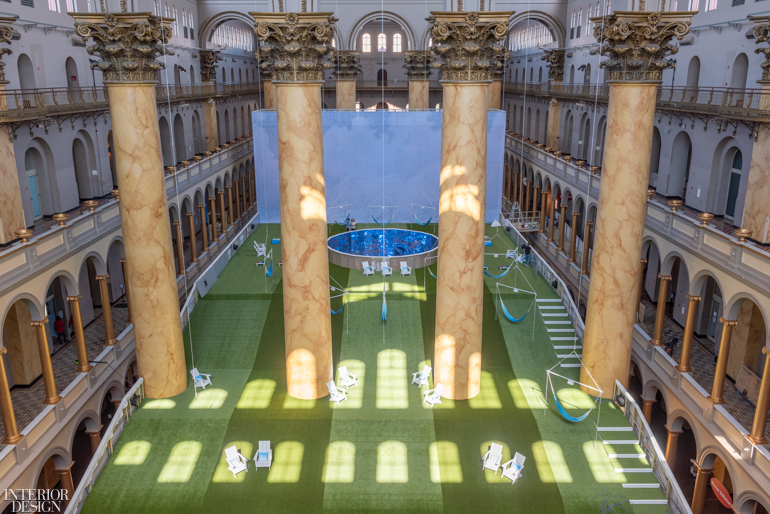 Dotting the green expanse are hammocks equipped with speakers, so visitors can lounge and listen to stories of summer by people, Rockwell says, “who you might not expect at your backyard barbecue,” including Venus Williams; Whoopi Goldberg; Paola Antonelli, senior curator of architecture and design at the Museum of Modern Art; and Deborah Berke, founder of Deborah Berke & Partners Architects.

The typically torpid D.C. weather never intrudes on this idyllic immersive set piece, where the temperature remains a balmy 72 degrees. But the sounds of summer are everywhere thanks to an intricate soundscape by Yessian Music that tricks the ear into detecting such “distilled audio elements” as skateboarders whizzing by, ice cream trucks jingling down the street, and, of course, lawn sprinklers spritzing to life. There’s even an app that enables you to catch fireflies at dusk. 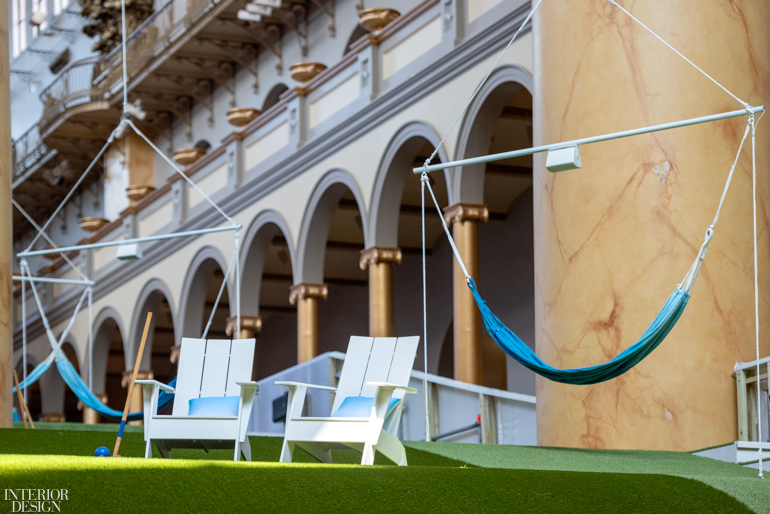 Although complete artifice, the space is a “natural amphitheater,” Rockwell says, “flexible and nimble and evocative.” As a visitor tries out a hammock, Bette Midler’s voice describes the rare thrill of being able to kick off your shoes on a patch of grass and “roll around just for fun.” As if on cue, a couple of children roll down the hill. A completely spontaneous rite of summer. Or is it? 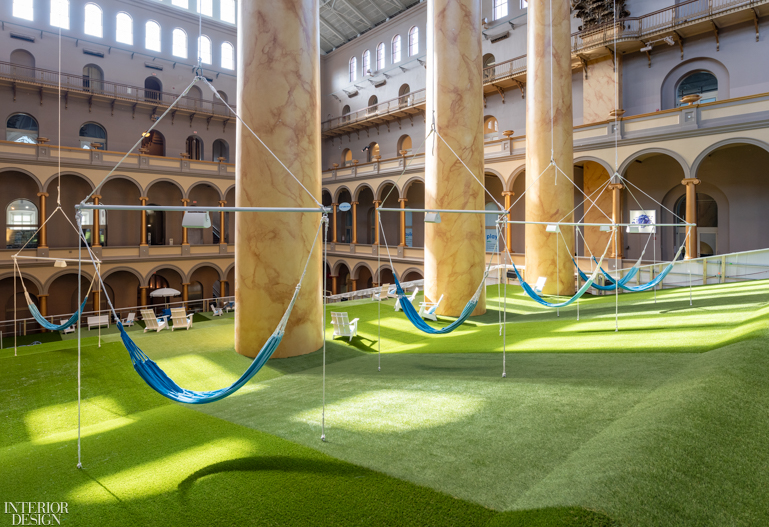