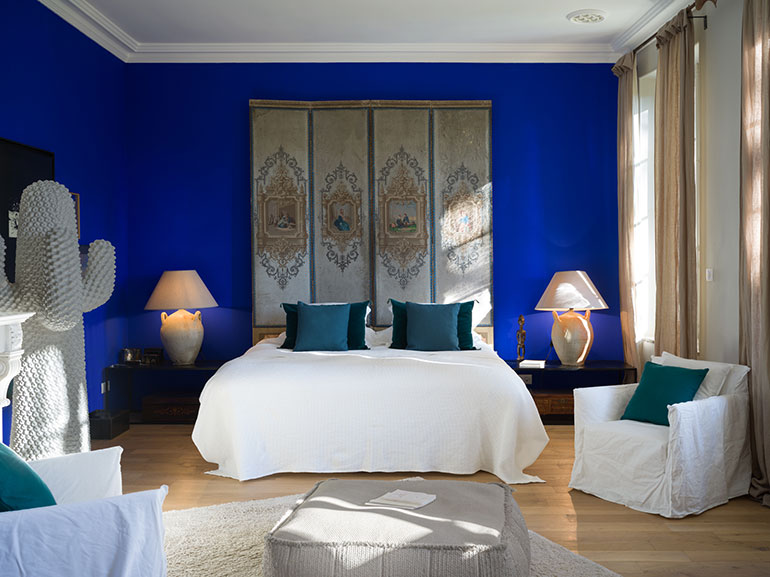 The late artist Yves Klein was known for being a provocateur; he challenged presumptions of what art should be, creating monochromatic works that were equal parts painting and performance. One constant in his expansive body of work was the continued use of a striking ultramarine blue. He was so inspired by the blue skies of Provençal France and the Mediterranean sea, the shade preoccupied Klein for the rest of his life. While it took the artist years to create the perfect chemistry for the shade he envisioned—he eventually patented it as International Klein Blue (IKB) in 1960—you can now bring IKB to upcoming projects or even your own home with ease.

French paint manufacturer Ressource has just expanded its bespoke offerings to include a blue inspired by Klein's passion. Aptly-named "Teint Yves Klein," the addition was the result of a collaboration with the Yves Klein Archives, which supported Ressource in creating the colorful tribute to the artist. The shade is available in two finishes: deep matte and velvet matte. Teinte Yves Klein is as captivating as the artist it is named for, and like Klein, it will surely enliven its surroundings.

In love with aqueous hues? You'll be enthralled with this year's deep sea-inspired Oscars greenroom. If you're in the mood for tranquil inspiration, get ready to say goodbye to the phrase "winter blues" when you see these seriously soothing spas.