For some clients, design is a way to solve problems. For others, it’s a way of living. But as Studio MAI principal Milo Garcia observes, developers increasingly see design in emotional terms. “They tend to describe the feeling they want to create,” he says. “Our job is to understand how to translate those feelings into concrete environments.”

It’s a West Coast sensibility, which makes sense. Garcia, after all, left New York after stints in London and Paris and went west, where he met Crystal Wynn on a residential design gig and joined with her to launch the multi-disciplinary studio in 2003 with an eye on hospitality projects. “LA offered an opportunity to work with young and hungry chefs because the barriers to entry were lower at the time,” he says. But Studio MAI has created expressive settings across the country, including hotels on both coasts and restaurants such as Young Joni in Minneapolis and Otoko in Austin, the latter of which earned the firm a 2018 James Beard Award nomination for restaurant design. 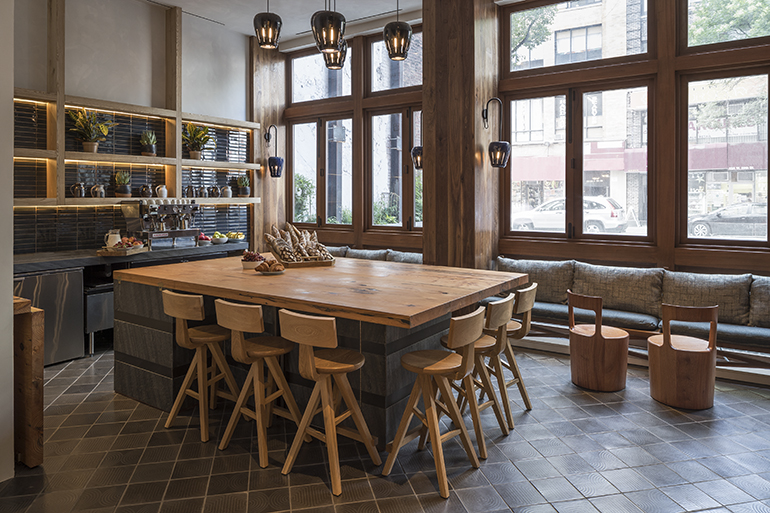 Barriers are higher now in booming LA, and that’s not the only change Garcia sees. “Hotels have stopped becoming four distinctive environments: lobby, restaurant, bar, and guest rooms,” he says. “It’s become much more interrelated, and the relationships between those environments are crucial to the experience of the hotel overall.” Also crucial are the custom furnishings Studio MAI has, since the beginning, placed throughout its projects, ensuring each site has a unique character. Although even that is changing. Next year, the studio launches a furniture line with a name that captures all the feels: Pleasant People Making Nice Things. 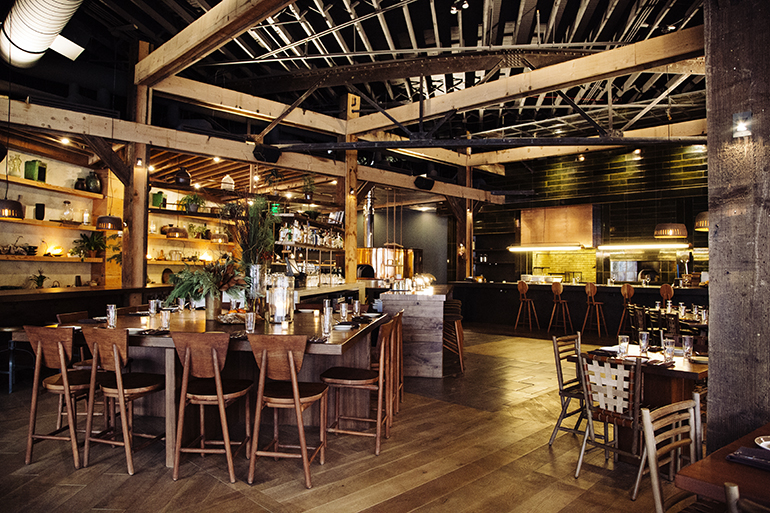 Adam Gorski, the mixologist at Minneapolis’s 125-seat pizza hotspot Young Joni, gave Garcia some inspiration. “When he creates a cocktail, he’ll ask you: ‘How are you feeling today?’ You respond, ‘Depressed, stressed, lovesick, or whatever, and he’ll concoct a cocktail using concrete ingredients that brilliantly speak to the sentiment of your choice.” Interiors for the 6,300-square-foot space are similarly moody, with dark timber slats across the vaulted ceiling and walls, which are backlit to let some light peak through. An oversized walnut table with copper inlay pulls right up to the bar, and chairs made of leather straps pull right up to the table—all, like the various glowing lights around the space, custom made. 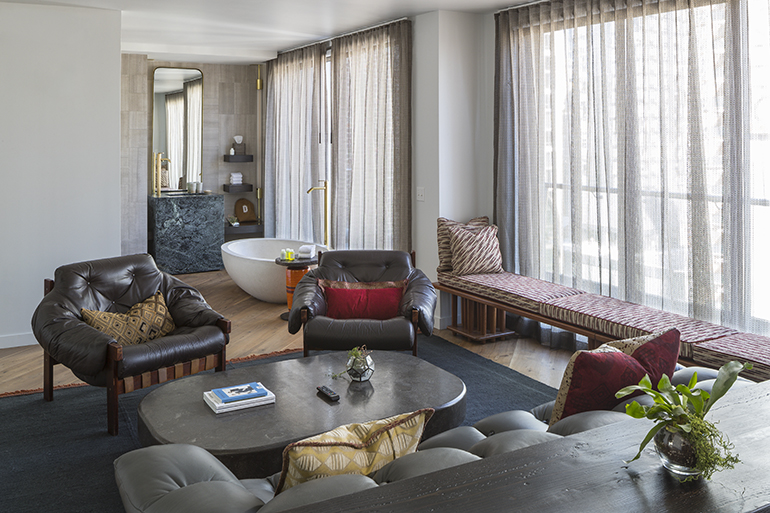 Made Hotel, Sam Gelin’s 108-key hotspot, brings dreams of California to NYC’s NoMAD neighborhood. Rooms, sized on average at a cozy 200 square feet, are primary-hued and primarily lit by floor-to-ceiling windows complemented by custom brass fixtures. Polished concrete ceilings offer grit, French oak walls add warmth, and hand-carved sinks in the bathroom bring the luxury. Downstairs, three different types of reclaimed walnut converge in a 2,200-square-foot expanse where the lobby meets a coffee shop, Paper, and the Lobby Bar. And perched atop the ground-up building’s 18th floor sits Good Behavior, a verdant tiki bar with an impressive view of the Empire State Building to remind guests they’re in NYC after all. 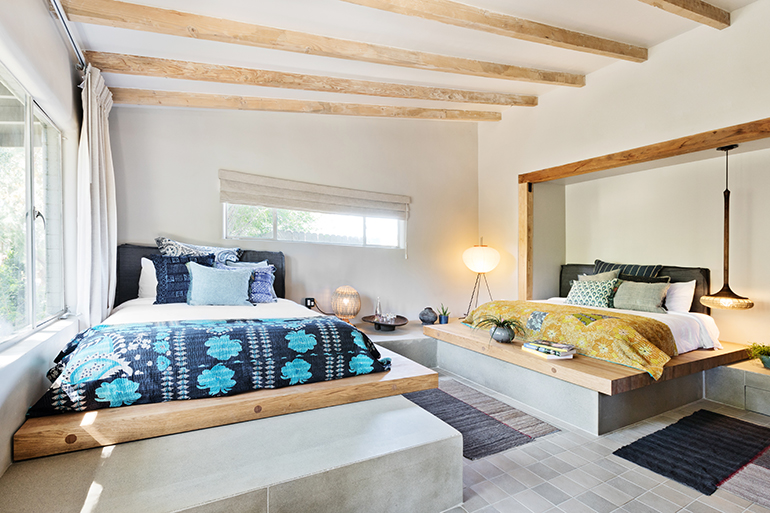 “Creating a specific feeling at a small-footprint hotel in Manhattan,” Garcia says, “varies drastically from creating the same feeling at a 300-acre wellness hotel in the California desert.” But the team managed to impart their signature sentimentality throughout the rooms, which average about 325 square-feet, and larger suites at the 70-key Two Bunch Palms in Desert Hot Springs, California. Custom valet storage brings the area’s legendary mid-century modern sensibility indoors, as do the bathroom’s turquoise geometric tiles and grey ombré tiles, which pop up in darker tones along the floors. Outdoors, ancient palms and tamarisk trees lend shade to the classic slatted decks.