The stuff of everyday life – laundry, photographs, TV, washing-up liquid – is nowhere to be seen. ‘But it’s not stark,’ its owner says 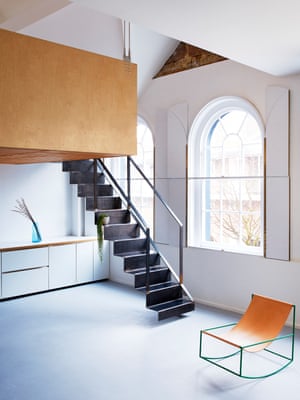 Taped to the back of Morgwn Rimel’s front door is a postcard of the sea. “It’s a visual cue – a daily reminder that I need more ocean this year,” she says. This is the kind of thing Rimel excels at. For seven years, she was the director of the School of Life, an organisation that aims to teach emotional intelligence, and explore big questions from philosophy and psychology through practical everyday things such as… well, taping a postcard to your front door. 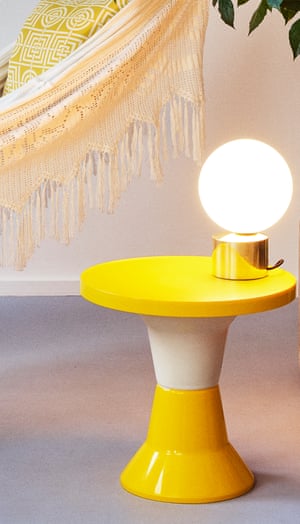 Rimel left the School of Life two years ago and now runs her own creative studio, Superculture, working with brands such as the modernist estate agent the Modern House. In that time, she has also turned her attention to her own home: a one-bedroom apartment occupying the top floor of a former Methodist chapel in London. The double-height space was initially converted 12 years ago by West Architecture; Rimel bought it five years ago and worked with the studio to extend the space. After a protracted planning period – the building is locally listed, which means, while not of national importance, it’s subject to substantial conservation considerations – and a year-long build, she has almost finished creating what she calls her “personal gallery”.

This monastic home is an exercise in extreme minimalism. Aside from a small triangle of exposed brickwork, the walls are white and furniture is scarce. The open-plan kitchen is an uninterrupted run of white cabinets; a kitchen island appears to hover off the ground. Suspended above is a timber mezzanine, Rimel’s “nest” and workspace, connected to the main area by a steel staircase. This too appears to float above the heated grey resin floor (it’s January and Rimel is barefoot). A flight of five plywood stairs takes you out of the main space and up towards a new dormer extension, Rimel’s bedroom. An L-shaped bathroom is tucked away off the hallway entrance. 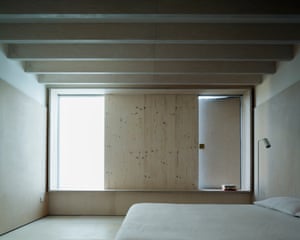 There is no sofa: Rimel hasn’t owned one for eight years. “It’s a big commitment,” she says. “There are so few that look good from all angles. Chairs are much more sculptural and easy to move around. A lot of rooms force you to sit down, but there is a lot of movement in here.” There’s a Colombian hammock in place of a sofa and a Muller van Severen rocking chair instead of anything static and squishy. During the two hours I spend in her company, at no point are we both seated. 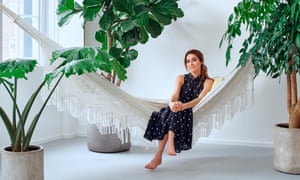 The stuff of everyday life – laundry, photographs, TV, washing-up liquid – is nowhere to be seen. “But it’s not stark,” she says. “It’s about finding the minimum you need to be comfortable.” Rimel, who is American, has moved house 25 times in her 40 years, which goes some way to explaining her lack of possessions. Previous homes include a traditional house in Japan, an industrial loft in Montreal, a shophouse in Singapore, and a glass apartment overlooking the beach in Sydney. 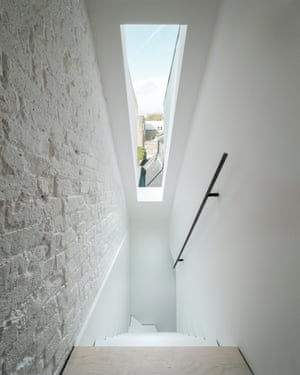 Her bedroom is panelled in birch-faced ply. Light and privacy are controlled via a sliding spruce screen behind which frosted glass conceals a jumbled Victorian roofscape. The result is what Rimel calls a “sublime experience… It’s a Zen cube, like sleeping in a tomb.” The unheated room is introspective and contemplative. There is only a bed, a Rubn floor lamp and a small stack of books. “I find the space deeply relaxing, and I need that in London. I have a busy, cluttered mind and this is a space to decompress.” She meditates most days, so she is saving up for a Michael Anastassiades marble meditation stool to go in the corner. Bespoke storage is built into the eaves to conceal her collection of vintage dresses – a riot of colour shut away behind the white oiled panels.

Throughout the apartment, coherence is created with the use of humble materials: brick, brass, ply, resin and steel. There is also mathematical attention to detail: the bespoke vertical plywood door handles are the same thickness and length as the treads on the plywood staircase. The exposed edge of the kitchen counter is double that thickness. Even a Rowlett Rutland toaster has been chosen for its proportionality. This is undoubtedly the creation of a perfectionist (Rimel asks to tidy the coat hangers before the photographer captures her closet).

Her fastidiousness is tempered by hidden layers of meaning. A cream pom-pom bedspread, for example, belonged to her mother when she was a child; Rimel had it reshaped to fit her bed. In the kitchen, alongside the painstakingly considered appliances (the Sori Yanagi kettle, the white oven) there are concessions to humour, such as a toy smoking banana that sits on top of a plug socket, and a giant plastic lobster that hung in her grandmother’s kitchen for over 50 years.

In the bathroom, she shows me a “journey jar” made by the Welsh ceramicist Adam Buick. It’s a simple stoneware vessel inlaid with a white porcelain “path” inspired by a beach her grandmother once lived on outside Boston. When her grandmother died, Rimel commissioned three jars: one for her, one for sister and one for her mother. 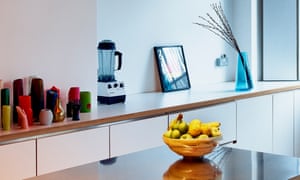 Though uncannily uncluttered, this is a home that works for Rimel: a curated space with hidden quirks and meaningful keepsakes; a place to think and not think. “There are so many things that give me joy here,” she says. “I find it endlessly entertaining.” 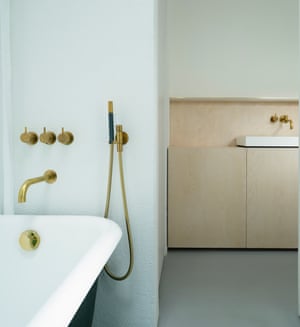 Pet interiors hate Playing it safe. Your biggest extravagance A skylight over the bath. Worst decorating mistake A too-harsh suspension light: ‘warm’ LED is a misnomer. At least it’s dimmable. Most treasured possession Mrs Blood, my life-size plastic lobster. What would we never see in your house? A television. One thing you’d change about your home I’d re-pour the resin floor. What needs fixing? A cracked window pane. Your worst home habit Putting dirty dishes in the dishwasher in with clean, then re-running it. Guiltiest pleasure Afternoon naps in the hammock. What would we find in your fridge? Blueberries, spinach, carrots, hummus, almond milk, champagne… and wind-up sushi toys (for a laugh).