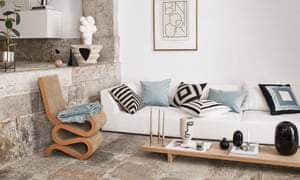 Forget about athleisure, ugly trainers and logomania, the most dominant trend to have gripped the masses in recent years isinteriors. The fashion world is currently consumed by a homeware obsession – making the “shelfie” the new selfie. 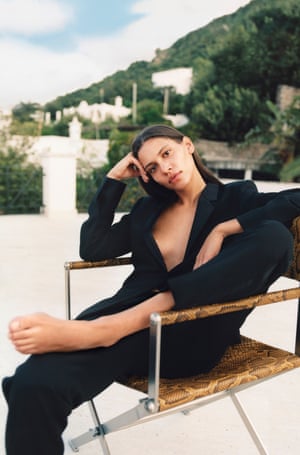 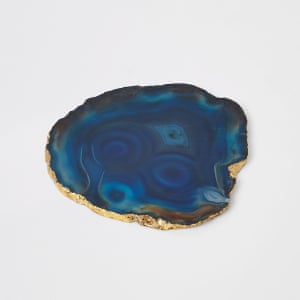 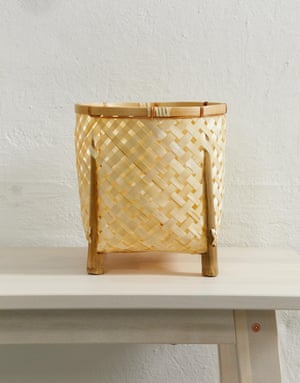 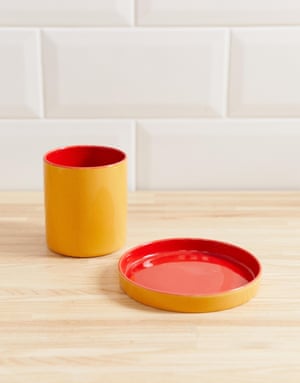 It’s not a hard trend to hunt down. On social media, aesthetically pleasing backgrounds now get at least as much attention as the outfits we post photographs of. Elsewhere on our feeds, Peggy Guggenheim’s terrazzo-tiled palazzo in Venice, the quiet sophistication of Kettle’s Yard in Cambridge and the sugary millennial-pink interior of the tea room at Sketch in London are just as likely to be pictured as a new pair of shoes. The hashtag #IHaveThisThingWithTiles has become as commonplace as #TodayI’mWearing, while Le Corbusier is the new Calvin Klein and Charlotte Perriand the new Prada.

The two worlds have merged to create complementary – if co-dependant – style statements and, as a host of established players enter the fray, buying a cushion with your coat is set to become cheaper and more accessible than ever. Hot on the heels of River Island launching its 160-piece in-house collection last September (its head of homeware, Dayna Sofair declared that “style doesn’t end at our clothes”), Asos launches its first homeware line, Supply, next Monday. River Island promises that “customers will be able to shop the looks [priced between £6 for a mug to £275 for a rug] easily and refresh and update their home seasonally” just as they would with their wardrobes. Similarly, Asos’s “living” range, which starts at £8, is “inspired by seasonal trends and packed with innovative pieces for your home that are as individual as you are”.

“It’s a natural extension of accessorising in fashion in the way you might buy something to cheer an outfit up; the equivalent is buying a cushion for your sofa or a vase for your mantlepiece,” says Vogue’s fashion features editor, Ellie Pithers. She too credits Instagram for the rate at which we are consuming images of people’s houses, hence increasing our appetite for interiors (witness the Italian fashion brand Bottega Veneta this week releasing its spring 2019 campaign, in which the chrome and snakeskin chair the model sat on stole the show). “The next stage of showing off your good taste is extended to your house.”

The new offering from Asos – which self-identifies as “a global fashion destination for 20-somethings” – promises to work, says Pithers, because it is targeting young trend-driven shoppers who don’t have a lot of space or money. “They haven’t focused on big furniture, because their customers are students who don’t have big flats.” Instead, they can “buy a standard sofa from Ikea then beautify it with lots of nice little bits”, such as placing a wicker wastepaper basket, a printed plate or a water jug nearby. River Island’s bestsellers so far – a coaster, a planter and a leopard-print mug –chime with this psychology. 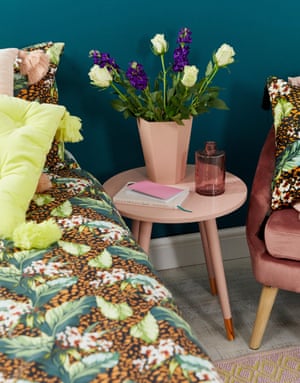 That the popularity of interiors has coincided with the rise of the Swedish H&M group on the high street is no coincidence. The group capitalised on the mid-century Scandinavian aesthetic – one of the most prevailing interiors trends of this century – by bottling the formula, firstly through its H&M Home brand and then with Arket, which launched in 2017. “Arket has been clever,” says Pithers. “The way they have the homewares by the till. Instead of buying a chocolate bar on the way out of the newsagent, you’re buying a little vase or a pack of matches that doesn’t cost very much and cheers you up.”

When it comes to fashion, quick-fix, fast interiors are the new food for thought. And they’re always ready for a close-up.

This article contains affiliate links, which means we may earn a small commission if a reader clicks through and makes a purchase. All our journalism is independent and is in no way influenced by any advertiser or commercial initiative.

… and we’d like to explain why. Our journalism now reaches record numbers around the world and more than a million people have supported our reporting. We continue to face financial challenges but, unlike many news organisations, we haven’t put up a paywall. We want our journalism to remain accessible to all, regardless of where they live or what they can afford.

This is The Guardian’s model for open, independent journalism: free for those who can’t afford it, supported by those who can. Readers’ support powers our work, safeguarding our essential editorial independence. This means the responsibility of protecting independent journalism is shared, enabling us all to feel empowered to bring about real change in the world. Your support gives Guardian journalists the time, space and freedom to report with tenacity and rigour, to shed light where others won’t. It emboldens us to challenge authority and question the status quo. And by keeping all of our journalism free and open to all, we can foster inclusivity, diversity, make space for debate, inspire conversation – so more people have access to accurate information with integrity at its heart.

Guardian journalism is rooted in facts with a progressive perspective on the world. We are editorially independent, meaning we set our own agenda. Our journalism is free from commercial bias and not influenced by billionaire owners, politicians or shareholders. No one steers our opinion. At a time when there are so few sources of information you can really trust, this is vital as it enables us to give a voice to those less heard, challenge the powerful and hold them to account. Your support means we can keep investigating and exploring the critical issues of our time.

Our model allows people to support us in a way that works for them. Every time a reader like you makes a contribution to The Guardian, no matter how big or small, it goes directly into funding our journalism. But we need to build on this support for the years ahead.