Perkins Eastman’s new studio in Chicago’s famed Rookery building isn’t just a place of business—it’s personal: Chairman Bradford Perkins is the grandson of Dwight H. Perkins, whose first job was with Daniel Burnham and John Root, both of whom designed and worked within the historic landmark.

“The minute you walk in the door,” says principal Marc Adelman, “you are impressed with the ethereal space. We wanted to create a hospitality-supported workplace, with a juxtaposition of the old and new that is Daniel Burnham meets mid-century modern.” 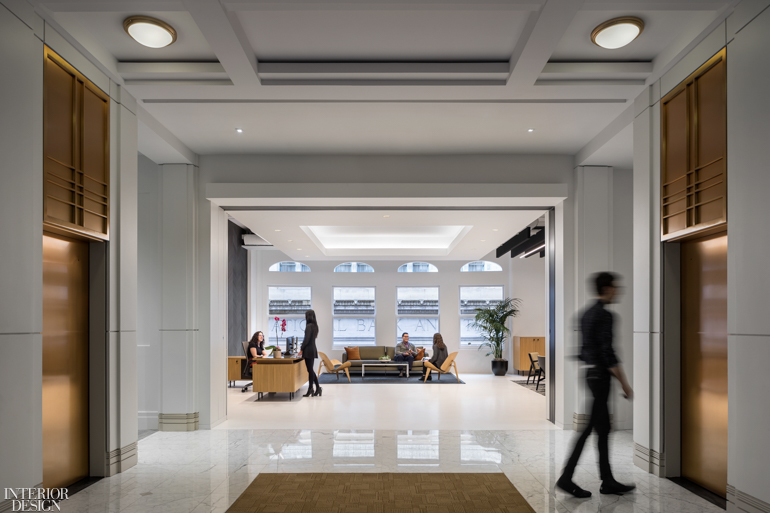 Nana Walls let light flow along with improving circulation throughout the 12,430-square-foot-studio, with an L-shape connecting reception to the “knuckle” collaborative space, central library, and workspaces in the rear. Acoustic felt baffles throughout, and acoustic draperies in the boardroom keep the roar to a minimum. 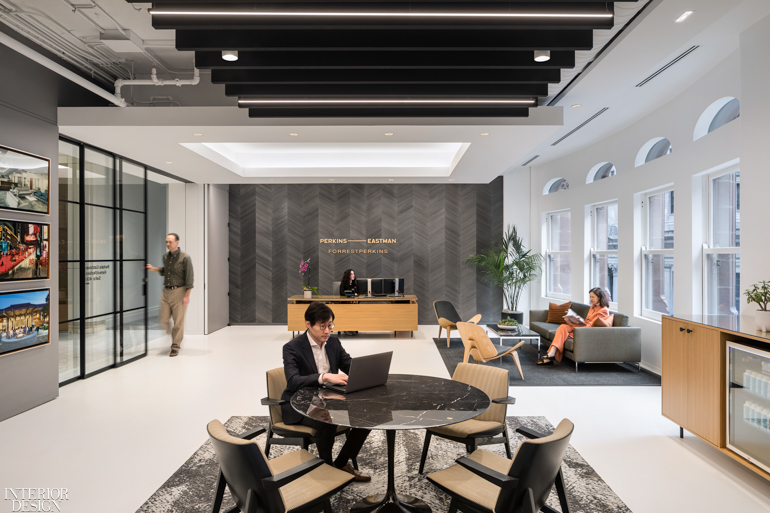 The team honored the building’s history with 12’8” exposed ceilings and brick, but it’s keeping its eye on the next 125 years by pursuing WELL v2 Gold certification. Such sustainability would not only make it among the very first studios in Illinois to receive the certification but would also surely make the founders proud. 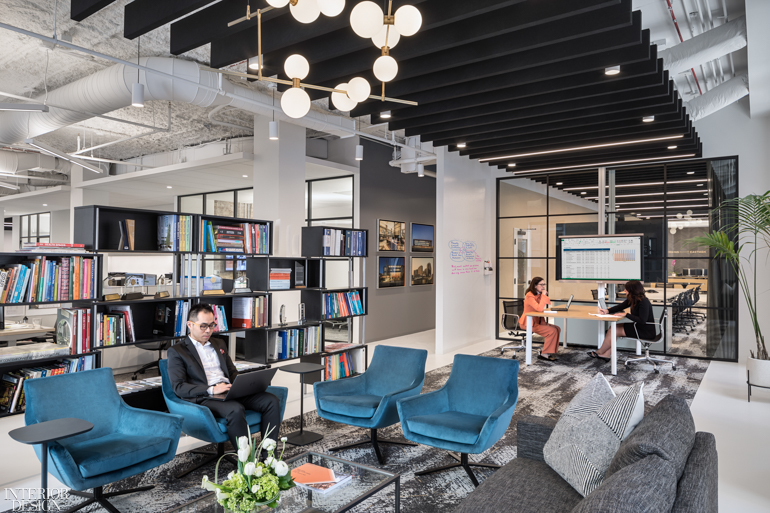 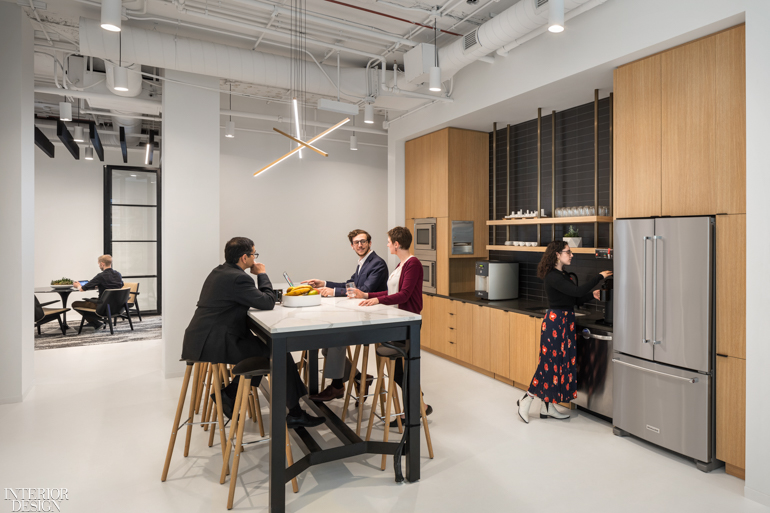 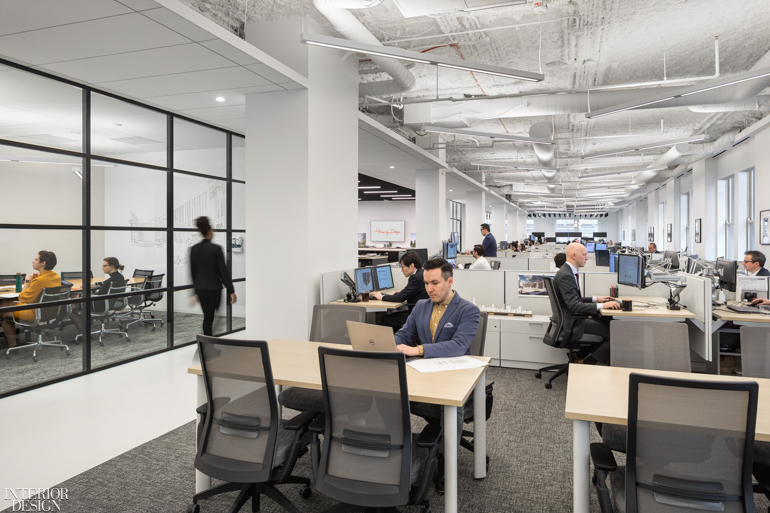