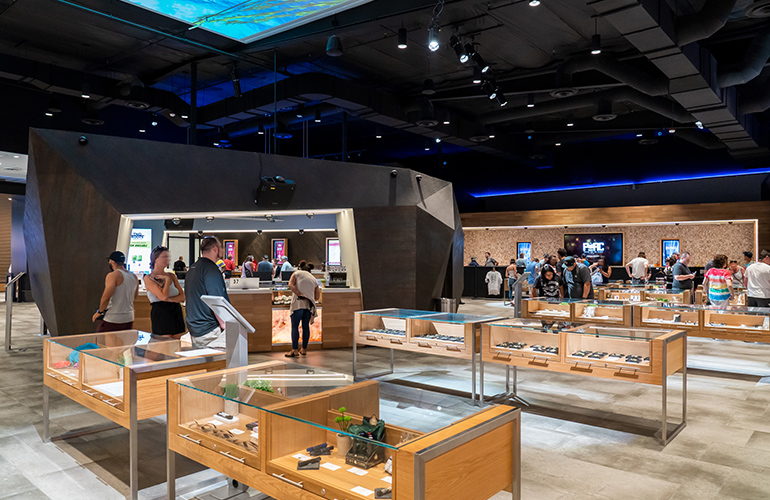 With marijuana legalization sweeping the nation, it’s no surprise that dispensaries are snapping up retail space to bring their product out from warehouses and basements into the public eye. And because this product is still under the watchful, skeptical eye of the State, many reefer retailers have traded in the sinkable-couch-and-black-light-poster look for a higher aesthetic.

Planet 13 has taken this idea and run with it, becoming one of the largest and best-rated dispensaries in Las Vegas. The space is well over 100,00 square feet and to call it simply retail would be a complete misnomer. While the main hall is dedicated to selling cannabis and cannabis-derived products, the space also boasts a merchandise corridor and several interactive exhibits, including a laser art space, interactive LED flooring, and an aerial orb show. A coffee shop, bistro, and customer-facing production facility are in the works for the second phase of the dispensary’s development.

Designer Briana Tiberti, co-founder of T Square Studio, channeled a vaguely extraterrestrial but not wholly unfamiliar look for Planet 13’s interiors. Taking some subtle cues from iconic retailers like Apple, Tiberti used natural wood and integrated LEDs for the retail bays and product display cases on the main floor. To offset that warmth, the ceiling and walls are painted black and large, angular concrete pods arise from the main floor like some sort of alien geological feature. “We were trying to evoke the feeling of a distant planet,” explains Tiberti. 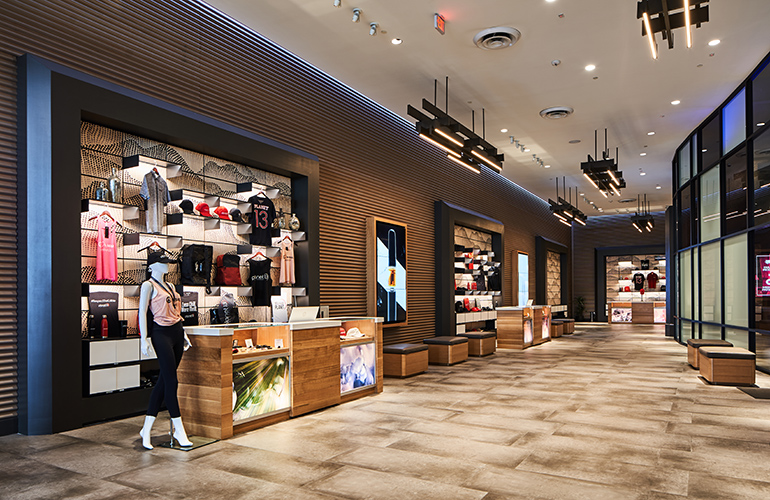 That intention extends to the merchandise corridor, which takes on a softer tone with a lighter color palette. Here Tiberti used B+N Industries’s newest collection of Infused Veneer Panels to bring that otherworldly look to four merchandise bays.

Made in collaboration with award-winning designer Jamie Durie, the new veneer panels highlight Durie’s unique interpretation of biophilic design with organic patterns like chrysanthemum petals, rain drops, Donkey Tail succulents, and waves. For Planet 13, Tiberti specified the Wave Dot pattern, which is meant to evoke sand dunes, mountains, or crashing ocean waves, on maple wood paneling. “This pattern can look like so many different natural elements. To us it looked like abstracted water, but we liked how it could easily call to mind all sorts of organic associations,” says Tiberti. 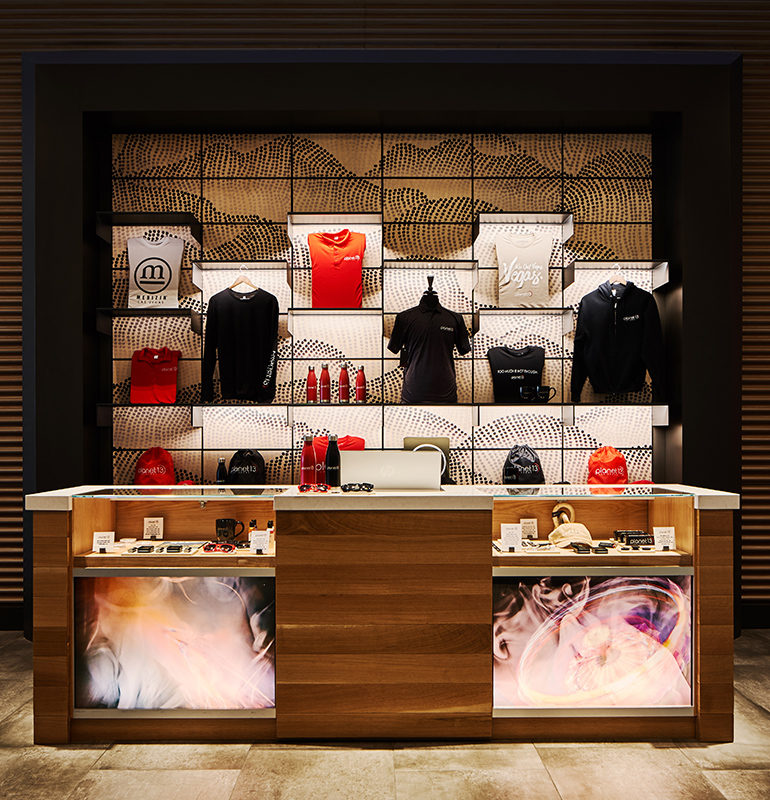 For the actual display of the products, Tiberti used B+N’s System 1224. Prized for its modularity and easy installation, System 1224 provides the utmost in flexibility and good style. It takes aesthetic cues from the International Style and can easily integrate with LED lighting systems for sleek displays. This aspect was helpful for Tiberti and Planet 13 as they worked through the final design for the merchandise area. 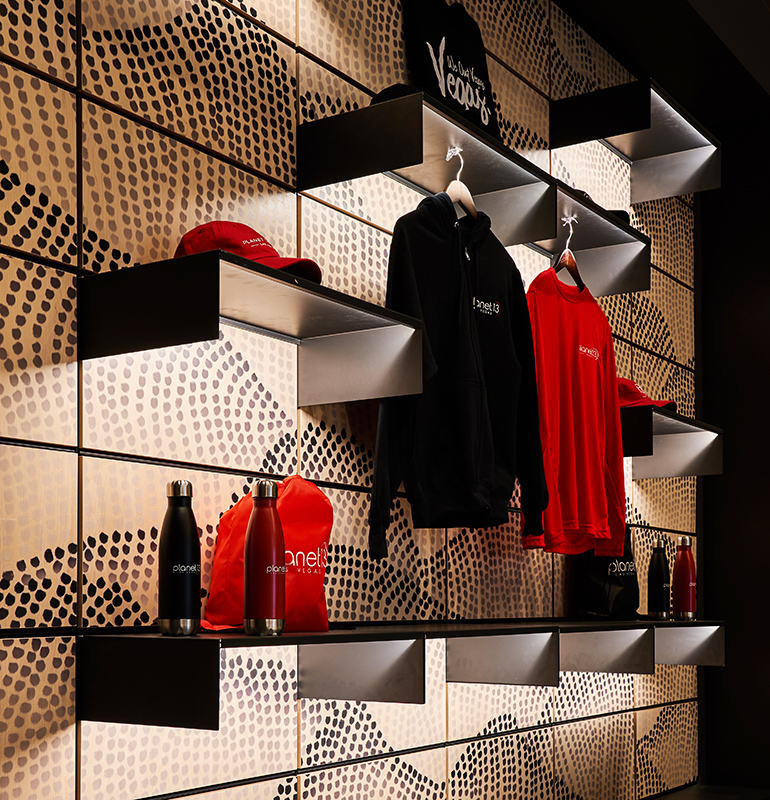 According to B+N, Tiberti is hardly the first designer to find System 1224 the perfect shelving system for a dispensary — currently the company is working on over 30 high-end retail dispensaries in major metropolitan areas in California, Colorado, Arizona, New Mexico and Massachusetts. When requests for information are factored into B+N’s estimations, dispensaries are the highest segment in the retail market in their systems.

Looks like reefer madness isn't such a bad thing, at least for the design industry.